"I Read Something Really Hurtful Online About 'Fatties'; How Can I Get It Out of My Head?" 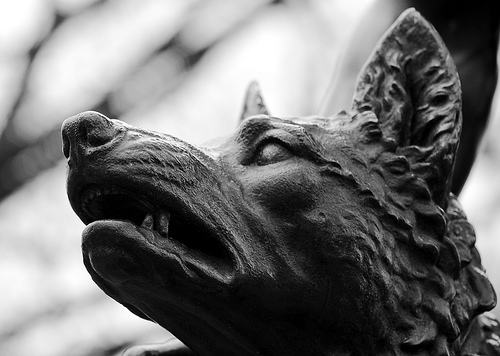 Sometimes people who write hurtful things online are like growling dogs—they're spurred on by some fear inside themselves that has nothing whatsoever to do with you or me!

Have you ever read something online, or in the opinion pages of a paper, or seen someone on TV saying something that hurt your feelings or pissed you off? I have, and it was someone who was sounding off about “fat people.” Whenever I’ve written about obesity and binge eating on a larger scale, like for the Huffington Post, there is always a small segment of people who react with self-rightousness and vitriol about the dangers of obesity. So I wasn’t incredibly surprised when I got a note from Trish (you guys know Trish!) saying that she had read a blog post about “fatties” on a major web site that really upset her (I’m not linking to it here—no need to spread the hurt further). Here’s what Trish said:

“I don’t know why I took the article so personally—but I did. Some of the things that were said hurt me to my core. I know what I look like, and I’m okay with it, but I also know a lot of people out there who are overweight or obese or have eating disorders and I know the pain they go through, and its articles like this that perpetuate that problem. How can I get this mess out of my head?”

Well, Trish, let me tell you what went through my mind as I read that post—and what goes through my mind when I encounter anyone who has hurtful things to say about the obese:

1. Consider the source.
When people are mean about size, and when people bully, it’s usually because of something that is within them. They feel less than, they feel not good enough, they feel the need to boost themselves up by pushing others down. And they are likely fighting with their own body-shape demons. Why on earth would someone who is of average size feel so deeply offended by large people, if not for some inner struggle they have themselves?

2. Remind yourself of the way things really are.
Those of us who’ve experienced compulsive overeating or bingeing know all too well that the most seemingly simple of things—the food we put into our bodies—is not always within our control. If you believe as many researchers do that there is a biological, genetic component to binge eating disorder, some of us were even predestined from birth to have this tendency. For many of us (not all, but many) that means we become overweight or obese. (At my heaviest, I weighed 225 pounds and was clinically obese.) In fact, some studies show that 30 to 40 percent of obese people seeking weight loss treatment meet the criteria for binge eating disorder.

Binge eating was not my fault, was not your fault, is not other sufferers’ faults. Just like a person suffering from anorexia or bulimia or alcoholism or drug addiction did not ask for their illness, people with loss-of-control eating don’t either. That said, there comes a time when many of us become aware that we have a problem. We did not choose to be sick, but we can choose to seek help, seek relief, and seek healing.

3. If you’re still upset, try this.
One of my mentors in the binge eating support group I used to go to taught me this tool for letting go of things that were causing me to stew or ruminate. She would write down the issue, question, comment, situation, etc., and put it into a container she called her “God box.” It was a physical way of telling her brain and body that she was letting whatever it was go. She was giving it over to the Universe, the collective consciousness—or for her, to God—and didn’t need or want to be concerned with it anymore. It was a physical action that reminded her that she would be OK, that she wasn’t alone, that she wasn’t at the mercy of the thoughts in her head. That she could choose what to focus on—and by placing whatever the issue or problem was in that “God box” she was shifting it out of her focus so she could move on. It has worked brilliantly for me time and time again.

Now, to the rest of the HealthyGirl.org community: Have you ever been hurt by something somebody said or wrote? How did you get over it? xo…Sunny

13 Responses to "I Read Something Really Hurtful Online About 'Fatties'; How Can I Get It Out of My Head?" 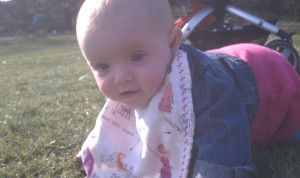 Body After Baby: How I (am trying to) Stay Sane About Food and Weight

You Find "Fat Talk" in the Darndest Places...Even the New York Times

How to Defend Yourself Against Other People's Food and Body Weirdness

Can You Go One Week Without Bashing Your Body? (Or Anyone Else's?)

A Top (Plus Size) Model's Thoughts on Airbrushing and Body Image

Your Inner Little Girl Needs to Watch This Video